About the Vodafone Network

Vodafone holds Australia's underdog status as the country's third largest mobile network operator. Vodafone Australia operates one of the world's most advanced networks, and arguably Australia's best IoT network, despite a history of under-performing in some regional areas.

UK-owned Vodafone Australia Limited had a history of providing mobile phone services dating back to the launch of its 2G GSM network in October 1993. Ten years later, Hong Kong-based Three Mobile launched its Australian network. The two operated as competitors until agreeing to merge in 2009 and becoming a single unified network under the Vodafone brand in 2010.

Vodafone Hutchison Australia Pty Ltd (VHA) was formed following the merger of Vodafone Australia and Hutchison 3G Australia in 2009. The company is jointly owned on a 50-50 basis by UK-based Vodafone Group and Hong Kong-based CK Hutchison.

Like Optus, Vodafone also uses Band 1 (2100 MHz) and Band 8 (900 MHz) as its primary 3G frequencies. The company's 2100 MHz network operated as its short range but high capacity network - supporting DC-HSPA+ speeds of up to 42 Mbps, and its 900 MHz network was its long range service. Band 8 (900 MHz) offered excellent indoor coverage and penetrated well through thick trees and across hilly terrain in rural areas.

The network however copped many coverage complaints due to its limited size - while Telstra inherited a massive physical infrastructure network from its government-owned heritage, Vodafone had to construct its network from the ground up. As the years progressed so too has the Vodafone network which now covers 22 million Australians.

To compensate for its smaller network, Vodafone has implemented cutting edge technologies to allow its mobile phone service to be used at any location. Vodafone has recently enabled WiFi calling, allowing you to make and receive calls & texts on your mobile over any compatible WiFi network. Vodafone has also embarked on an incredible small-cell program for rural areas where they install a small mobile phone transmitter on the roof of the house which provides coverage as far as 1 km away. These units use an ordinary landline internet connection to backhaul your voice and data traffic.

Vodafone operate an extensive 4G LTE network which matches the size of its 3G network. Its 850 MHz spectrum was refarmed as a 5 MHz wide B5 (850 MHz) LTE service, to better compete with Telstra and Optus who launched long range B28 (700 MHz) LTE services in 2015. Unlike Telstra and Optus, Vodafone skipped 4x4 MIMO and went straight to Massive MIMO. VHA provide 4G LTE-A services B3 (1800 MHz), and B1 (2100 MHz) in many areas. 2C carrier aggregation of B3+B5 is available nationally. Vodafone's 4G network can exceed 800 Mbps, with big upgrades also underway.

Vodafone acquired a 5 MHz channel of B28 (700 MHz) spectrum, however few 4G deployments took place. In May 2020 the company announced it would use the spectrum allotment for low-band 5G services.

Despite bureaucratic delays surrounding the government's ban of Huawei, Vodafone's 5G network progress remains on track. Vodafone 5G will use the 3.5 GHz band, after being awarded a 60 MHz channel in the ACMA's November 2018 spectrum auction. Vodafone 5G is expected to be almost as fast as those implemented by Telstra and Optus, but no doubt at a more affordable price. The company's 5G rollout continued over 2019 and was officially launched in March 2020 with the first sites going live in Parramatta, NSW.

Vodafone’s 5G services have been progressively rolled out to parts of Sydney, Melbourne, Brisbane, Adelaide, Perth, and Canberra. The first phase of the rollout was made up of more than 650 sites, with more than 1,200 sites expected by the end of 2021.

Through its R&D partnership with Nokia, Vodafone announced in May 2020 that it would use its recently acquired 700 MHz spectrum to implement the first 5G n28 (700 MHz) deployment in the Asia-Pacific region. In July 2021 Vodafone-TPG announced a live 5G standalone (SA) network on the 700MHz spectrum band, claiming a ‘world first’

Through its wholly owned subsidiary, Mobile JV Pty Ltd, TPG Telecom has secured 400 MHz of millimetre wave 5G spectrum licences for Sydney, Melbourne and Perth, and 600 MHz licenses for Brisbane and all other metropolitan and regional areas. Field tests have demonstrated real-world user data speeds of up to 2 Gb/s. The company plans to officially launch commercial mmWave services during 2021.

Vodafone-TPG's mmWave frequency range is from 25100 to 25700 MHz, with specific allotments varying by area.

Vodafone Australia completed successful trials of NB-IoT in 2016, commercially launching their dedicated IoT network in October 2017 over the B8 (900 MHz) band. The NB-IoT network utilises an unused GSM channel in VHA's 8 MHz paired spectrum, with centre frequencies of 911 and 956 MHz. 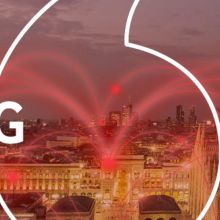 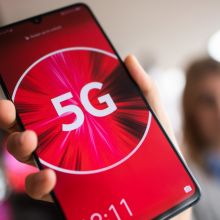 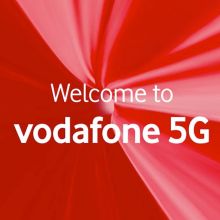 Vodafone partners with Nokia to deliver 5G in Australia 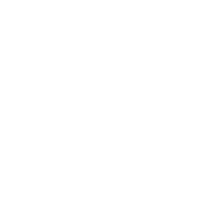 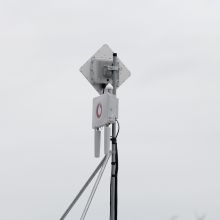 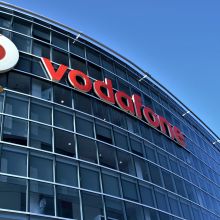 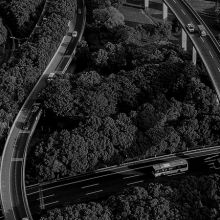 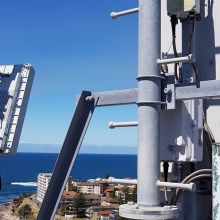