This section is a technical reference for UMTS, LTE, and NR modules that are integrated into the modems listed in our system. Listing every module is a near-impossible feat so this resource is not comprehensive. However as more modems are added the list of modules will be expanded.

Today's mobile broadband modems are developed by integrating existing components. Engineering a device entirely from the ground up is an inefficient and highly costly approach. Developers instead use commercial off-the-shelf chips and modules to integrate into their mainboard or SBC.

A small number of expert module vendors manufacture high performance System-on-a-Chip (SoC) modem modules that are made available to companies wishing to build commercial modems. These modules are generally either in the form of a surface mount chip that is designed to be integrated into the PCB during production, or pinout through an M.2 or mini PCIe interface for integration later in the manufacturing process.

Module vendors themselves don't reinvent the wheel each time, most use an existing chipset that forms the RF transceiver and front-end of the system. Common chipsets you may encounter include Qualcomm Snapdragon and HiSilicon Balong. 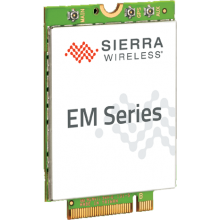 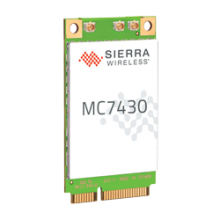 This LTE-Advanced Cat-6 embedded module delivers up to 300 Mbps download speed and supports most 4G LTE bands in the market providing coverage for the Americas and EMEA on a single SKU. With automatic fallback to 3G networks and integrated GNSS receiver (GPS, GLONASS, Beidou, and Galileo satellite systems supported), the MC7430 is ideal for networking and telematics applications. 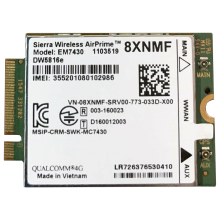 This LTE-Advanced Cat-6 embedded module delivers up to 300 Mbps download speed and supports most 4G LTE bands in the market providing coverage for Asia Pacific on a single SKU. With automatic fallback to 3G networks and integrated GNSS receiver (GPS, GLONASS, Beidou, and Galileo satellite systems supported), the EM7430 is ideal for networking and telematics applications. 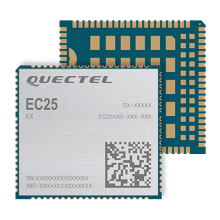 Designed in the compact and unified form factor, EC25 is compatible with Quectel multi-mode LTE Standard EC21/EC20 R2.0/EC20 R2.1/EG25-G/EG21-G modules and UMTS/HSPA+ UC20/UC200T module, which allows for flexible migration among them in design and manufacturing. 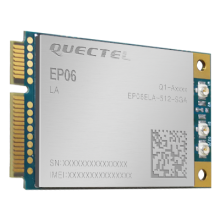 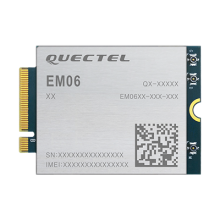 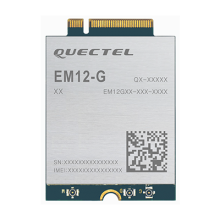 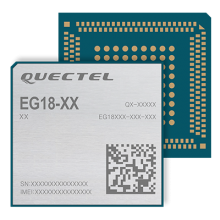 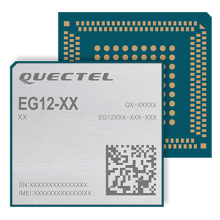 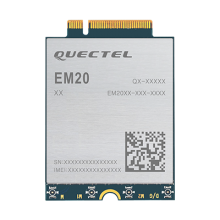 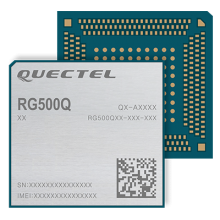 Quectel RG500Q is a series of 5G Sub-6GHz module optimized specially for M2M and eMBB applications. Adopting the 3GPP Rel. 15 technology, it supports both 5G NSA and SA modes. 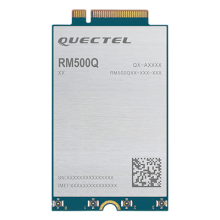 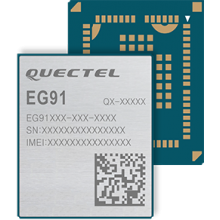 Quectel EG91 is a series of LTE category 1 modules optimized specially for M2M and IoT applications. Adopting 3GPP Rel. 11 LTE technology, it delivers maximum data rates up to 10 Mb/s downlink and 5 Mb/s uplink. These make EG91 an ideal solution for numerous IoT applications that are not reliant on high speed connectivity but require the longevity and reliability of LTE network. 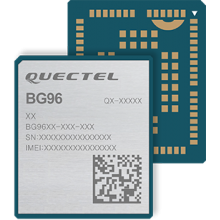 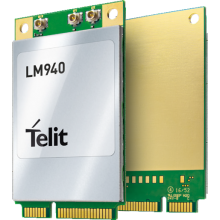 Based on LTE Category 11, the LM940 mCPIe data card achieves download rates up to 600 Mbps supported by the 3GPP release 11 with MIMO and LTE Carrier Aggregation.