Despite Angola’s above-average per capita income in the region, only around two-thirds of households (63%) had mobile phones with a wide variation between urban (83%) and rural areas (31%). According to latest ITU data (June 2018) mobile coverage reaches 85% of the population, and 4G LTE accessible by 8% of Angolans due to its limited deployment outside of major urban centres. 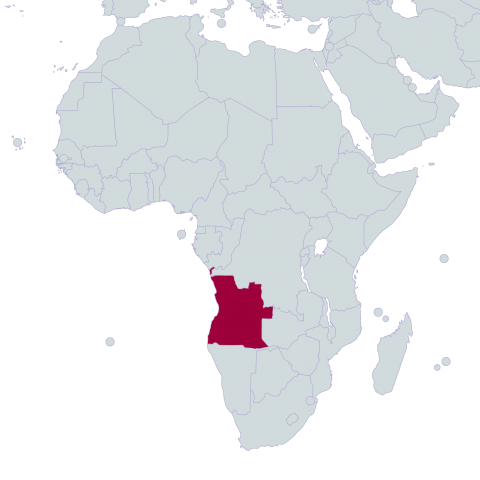 This oil-rich country is aiming to shift from ICTs led by economic growth to ICTs being a leading engine of the economy.

ICT growth has largely been driven by economic growth from the country’s large oil reserves. There is now a push to widen and deepen access, infrastructure, human resources, content and e-services, so that ICT plays a major role in the country’s economic development strategies.

Unitel S.A. is the largest mobile network operator in Angola, and provides mobile and data telecommunication services in Angola. It offers mobile calling, high speed data, and other services over its 3G and 4G networks.
3G: Active
4G: Active

Net One is a wireless telecommunications provider operating in Angola. The company was founded in 2009 and historically provided WiMAX services until its transition to LTE in 2014.
4G: Active