Barbados is an island country in the Lesser Antilles, in the Caribbean region of North America.

From as early as 1851 cables were being laid between the English Caribbean and the USA, for use in telegraph services. By 1914 technology had moved on so that telephone calls could be placed via a wireless station in Barbados. This new technology threatened the cable companies who had invested heavily in the laying of cables, and so in 1929 the British Government merged the cable and wireless companies, which then became the Cable & Wireless project in 1934. 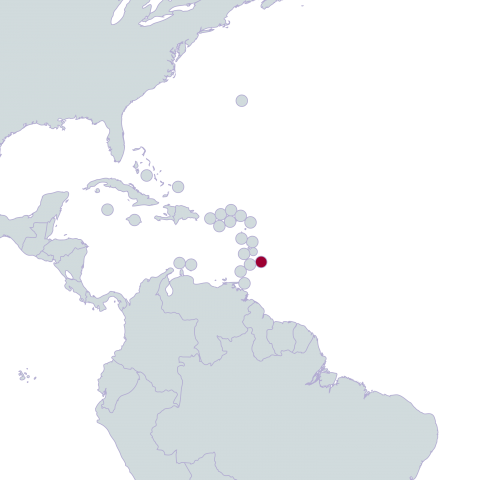 In the 1970’s when satellites emerged to aid international communications, Barbados built an earth station at Congor Bay in St. John, and this formed the nucleus for an international telephone-switching centers for, not only Barbados, but much of the English Caribbean.

By 1982 fibre optic cables were introduced in Barbados, again a first for the Caribbean region. Today the country boasts 100% FTTH fibre optic coverage.

Barbados has made considerable progress since the end of the operator LIME’s monopoly in the early 2000s, both in terms of infrastructure and service pricing. Within the first five years, both the wireless and long distance segments of the market were competitive. The Government has also made efforts to train and educate its population for capacity building and technology transfer.

The National Strategic Plan of Barbados 2005–2025 recognizes in multiple instances the positive impact brought by ICT development in all areas of the society. According to latest ITU data (June 2018) mobile coverage reaches 100% of the population, and 4G LTE also accessible by 99.6% of households.