About the Spark Network

The company was formed in 1987 from a division of the New Zealand Post Office to become known as Telecom New Zealand until it was rebranded with its current name in 2014. It has operated as a publicly traded company since 1990.

The LTE-A network went live in June 2017 with carrier aggregation of B7, B28, and B40 services providing peak data rates up to 1.15 Gbps. In November that year the network was further upgraded with 4x4 MIMO and 256QAM.

In August 2018 Spark announced its 5G rollout plans which set a 2020 target for commercial services. The company's plans suffered a controversial setback when in November 2018 the New Zealand intelligence agency Government Communications Security Bureau (GCSB) intervened and banned Huawei from participating in New Zealand 5G rollouts. Specific reasoning behind the ban has been classified.

Spark has advised the two most likely spectrum bands will be the mid-frequency C-band and high-frequency mmWave band. In addition to these bands low-frequency spectrum below 1000 MHz will be required to service rural areas with 5G, while the government is currently working to use the 600 MHz band for 5G too.

With C-band spectrum yet to be authorised, Spark launched its first 5G services over n7 (2600 MHz) and n41 (2500 MHz) in September 2019. The company refarmed its 20 MHz channel previously used for 4G in addition to n41 TDD spectrum provided under partnership with Dense Air.

In July 2017 the company commenced rollout of a nationwide LPWA network using LoRa technology and expects to have a large portion operational by June 2018. The network is being deployed on 923 MHz with Wirnet™ iBTS base station hardware provided by Kerlink. The network was commercially launched in March 2018. The LoRa network forms one half of the operator's IoT strategy, with the company also deploying eMTC (Cat-M1) concurrently to service the two distinct use cases. Spark's eMTC / LTE-M network was commercially launched in September 2018 over the company's B3 and B28 LTE bands.

Spark also advised its LTE-M network was operational over the B1 (2100 MHz) band, which is used for LTE in limited deployment. 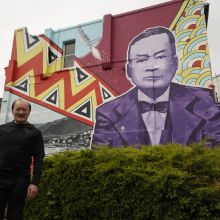