Telstra today demonstrated its 5G leadership through a series of world and Australian firsts, including the unveiling of the world’s first connection of a 5G mid-band commercial device and Australia’s first 5G video call.

Speaking at Telstra’s 5G Update in Sydney, CEO Andrew Penn said the device unveiling marked an important milestone in Telstra’s 5G roadmap, signaling Australian consumers and businesses are one step closer to getting their hands on 5G commercial devices.

“Telstra’s 5G development and testing in real world environments is crucial to ensure Australians are among the first in the world to have access to 5G devices such as the HTC 5G Hub,” said Mr Penn.

Telstra also revealed a 5G smartphone prototype from ZTE and a 5G mobile hotspot prototype from Inseego, who are among a range of technology vendors currently testing 5G devices with Telstra.

In an Australian first, Telstra along with technology partners Ericsson and Qualcomm Technologies, made the nation’s first commercial 5G video call last week on the Gold Coast. Telstra today demonstrated the video call at its Sydney headquarters.

“This 5G to 5G video call demonstrates the importance of Telstra’s strategic relationship with our global industry partners. We are at the cutting edge of technology, and day by day we are making significant progress on our roadmap to bring 5G to our customers,” Mr Penn said.

Telstra today also showcased the continued strength of its 4G technology through a demonstration of the new NETGEAR Nighthawk® M2 Mobile Router, with a live speed test revealing the 2Gbps#  peak speed capability of the device on Telstra’s mobile network.

“With the NETGEAR Nighthawk® M2 Mobile Router expected to be available in early 2019, we are gearing up to launch the world’s fastest 4G device on Australia’s fastest mobile network*.

“Hand in hand with our 5G rollout and supported by our network partner Ericsson, the 200 base stations we are enabling with 5G before the end of the year will also support peak speeds approaching 2Gbps# for enhanced 4G,” Mr Penn said.

Telstra recently announced it had started switching on 5G technology, making Australia’s largest and fastest* mobile network the first in the country to be 5G ready.  130 sites around Australia have now been 5G-enabled, with another 70 to be upgraded before the end of this calendar year. This series of network upgrades will not only make the Telstra Mobile Network 5G ready but is expected to deliver world leading 4G (LTE) speeds.

Telstra’s rollout of 5G is the culmination of our investment of around $8 billion in our mobile network over the five years to 30 June 2019 to enhance the capacity, capability and reach of Telstra’s network. 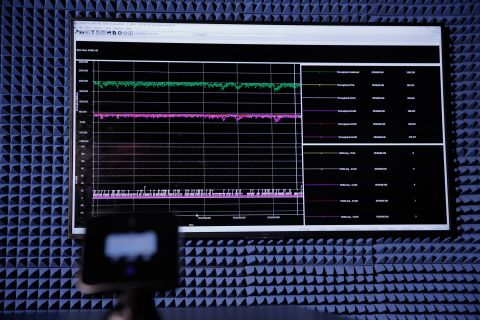